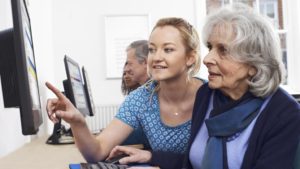 A trial aimed at bringing older Australians back into the workforce will be rolled out at five sites from mid next year, Minister for Employment Michaelia Cash said.

The five trial regions are Ballarat in Victoria, Somerset in Queensland, across the central west in NSW, Adelaide south in South Australia and Perth north in Western Australia.

“These regions have distinctly different labour market conditions. Having a diverse group of regions will maximise the lessons that can be learnt from the trial, which can then be incorporated in the national rollout,” Senator Cash said.

She said the program would be rolled out nationally from 2020.

The measure was announced in the May budget as part of a wider $110 million mature-age employment scheme aimed at people over 50. The program teaches older workers through a short, intensive course better ways to search for jobs, an understanding of the local labour market and optional computer and information technology training.

Senator Cash said it would remove barriers for out-of-work seniors. “By making this investment, we are identifying and removing barriers that may prevent mature-age Australians from returning to the workforce,” she said.

National Seniors chief advocate Ian Henschke said the program was not exactly what his organisation, which had been pushing for early-intervention reskilling program, had called for.

He said he was disappointed there were no initiatives for mature-age entrepreneurs and wanted to see more detail and the specific funding allocation for the scheme.