We want you – Boom sectors for older workers 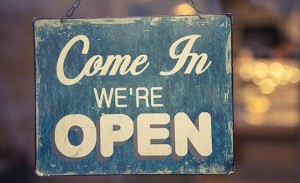 Prospects for older workers have been improving over the last decade, which is fortunate with government plans to extend the retirement age to 70 by 2035. However, some sectors are proving to be more age friendly’ than others.

According to the Australian Bureau of Statistics (ABS), the health care and social assistance’ sector are the leaders, employing over 300,000 older workers (15 per cent of their workforce), followed by education and training’ (204,000, 10 per cent) and manufacturing’ (178,000, 9 per cent) as of November 2013. Professional and scientific services’ show up at 8 per cent with construction and retail’ both on 7 per cent of their overall workforce. Surprisingly, the public service – long a bastion of diversity – comes in at only 7 per cent with 147,000 older workers.

Australia is tenth in the world in participation of workers aged 55 to 64, according to the Organisation for Economic Co-operation and Development (OECD) figures from July 2013, which notes Australia’s leading job board for mature workers,OlderWorkers.com.au.

“We lag behind countries like Chile, New Zealand, Germany, Japan and Korea. Clearly more work needs to be done by government at all levels, who should be leading by example,” says OlderWorkers general manager, Judy Higgins.

Experience is an asset

Progress in this area appears to be driven mainly by the private sector, in companies both large and small. One company that has deliberately made older worker employment a strong focus is Woolworths, who claim 8.4 per cent of their workforce is over 55 years of age.

Estelle Olstein, the diversity manager for the Woolworths Group, sings the praises of older workers:

Best of the bunch

Another employer who truly appreciates the virtues and abilities of the mature workforce is Danielle Robertson, the CEO of Dial-an-Angel – an innovative home services business.

Robertson is positively effusive in her appreciation: “The value of older workers to Dial-An-Angel is the life experiences they’ve had. Mature workers tend to be more reliable, adaptable, loyal, willing to learn, compassionate towards others and patient.”

She adds: “They tend to stay longer and are more committed to making a difference in other people’s lives. They are friendly and keen to help us out in an emergency and happy to change plans at the last minute for urgent bookings.”

In fact, over 60 per cent of her workforce is 45 years of age or older.

In a world consumed by occupational health and safety issues, and a burgeoning demand for qualifications for even the simplest jobs, it is refreshing to hear Robertson say that she doesn’t look for qualifications if they present with practical experience.

“With the care industry, qualifications are encouraged but not essential for those who have worked in the industry for many years.”

Robertson is quick to encourage other companies to employ older workers, offering the following advice: “Assess each person on their merits. Meet them, discuss what they’ve done in their life – getting to know them will give you good insight as to how they will approach a job. Be smart and realise older workers want and need to work.”

“With unemployment low, it comes down to matching the skills you require for a job that needs to be filled. Age should not be a factor, as long as the person is physically and mentally well.

She ends: “Give older workers the opportunity to prove themselves. You might just get a nice surprise.”